Jaakko Hintikka is the author or co-author of thirty volumes and of some 300 scholarly articles in mathematical and philosophical logic, epistemology, language theory, philosophy of science, history of ideas and history of philosophy, including Aristotle, Descartes, Leibniz, Kant, Peirce, The Bloomsbury Group, Husserl and Wittgenstein. He has also been active in international scholarly organizations, most recently as the First Vice-President of FISP, Vice-President of IIP and Co-Chair of the American Organizing Committee of the Twentieth World Congress of Philosophy. He has been Editor-in-Chief of the International Journal Synthese and the Managing Editor of Synthese Library since 1965. 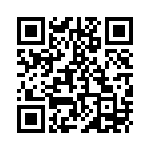