MARRIED TO THE MOUSE: Walt Disney World and Orlando

An analysis of the "economic-development marriage" between Walt Disney World and Orlando, Florida, from the 1960s to the present.Foglesong (Politics/Rollins Coll.) argues that while initially the ... Read full review

Revealing look into the not-so-ethical relationship between the "Sunshine State" and the "World of the Mouse".

Richard E. Foglesong is professor of politics at Rollins College. 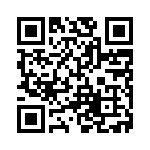