This volume contains several selections from Baldwin's work. My review of [The Fire Next Time] follows: Two long essays, one in the form of a letter to Baldwin's nephew, comprise this work, which ... Read full review

The journalists recollect James Baldwin when they talk about police killings, and James Baldwin was at Selma for the march with the Reverend Dr. Martin Luther King, Jr. Just before the murder at ... Read full review

50 other sections not shown

With the novel Go Tell It on the Mountain (1953), a distillation of his own experiences as a preacher's son in 1930s Harlem, and the essay collection Notes of a Native Son (1955), James Baldwin (1924-1987) established himself as a prophetic voice of his era. Some such voices may grow fainter with the passage of time, but Baldwin remains an inescapable presence, not only a chronicler of his epoch but a thinker who helped shape it.

, volume editor, is the author of a number of award-winning novels, including Love, Jazz, Beloved, Song of Solomon, Sula, and The Bluest Eye. She was awarded the Nobel Prize for Literature in 1993. 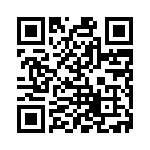