Hermann Langbein (1912-1995) was born in Vienna. In 1938 he was a member of the International Brigade in the Spanish Civil War, then he was interned in various French camps. Following the German conquest, he was transferred to Dachau, then to Auschwitz, where he remained for two years. There he was a leading participant in the international resistance organization in the camp. After liberation he became general secretary of the International Auschwitz Committee and later secretary of the Comite International des Camps. Among the many important works he wrote or edited are Against All Hope: Resistance in the Nazi Concentration Camps, 1938-1945 and Nazi Mass Murder: A Documentary History of the Use of Poison Gas. 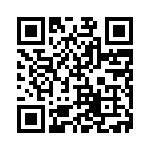