REACH FOR THE SKIES: Ballooning, Birdmen, and Blasting into Space

A quirky, eclectic history of great flights, from balloons to space shuttles—with some generous plugs for the author's own Virgin company.Billionaire Branson (Business Stripped Bare: Adventures of a ... Read full review

Sir Richard Branson is a global entrepreneur, adventurer and founder of the Virgin Group, one of the world's most recognised and respected brands. He is the international bestselling author of seven books, including the classic Losing My Virginity and the new autobiography Finding My Virginity. He lives on Necker Island in the British Virgin Islands, is married to Joan, father to Holly and Sam and proud grand-dude to four grandchildren. 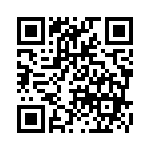