Wendy Lower's book offers some superb insights, and not just the much overlooked role of women in Nazi genocide. It also provides a better understanding of the psychology of the perpetrators as well ... Read full review

Lower's dark and devastating account of how German women were seduced by and swept up in the nationalist fervor of the Nazi movement proves how history has ignored the role of women in the Holocaust ... Read full review

Wendy Lower is the John K. Roth Chair of History at Claremont McKenna College and former research associate of the Ludwig-Maximillians-Universitat in Munich. A historical consultant for the U.S. Holocaust Memorial Museum, she has conducted archival research and field work on the Holocaust for twenty years. She lives with her family in Los Angeles, CA, and Munich, Germany. 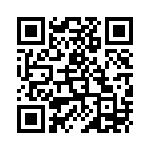