Roberto Esposito teaches contemporary philosophy at the Italian Institute for the Human Sciences in Naples. His Bíos: Biopolitics and Philosophy (2008) has also been translated into English. 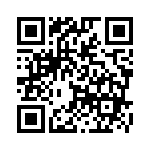