An excellent primer on the Buddha's life and teachings.Departing from her usual Judeo-Christian stomping grounds (The Battle for God, 2000, etc.) to pen a biography of Siddhatha Gotama (circa 563-483 ... Read full review

This sterling work by Armstrong (religion, Leo Baeck Coll.; A History of God; The Battle for God) is anything but standard fare. Armstrong combines the abilities of storyteller, historian, and ... Read full review

Karen Armstrong's first book, the bestselling Through the Narrow Gate (1981), described her seven years as a nun in a Roman Catholic order. She has published numerous books, including A History of God, which has been translated into thirty languages, A History of Jerusalem and In the Beginning: A New Reading of Genesis. Her more recent works include Islam: A Short History and Buddha, which was an international bestseller. Since 1982 she has been a freelance writer and broadcaster. She lives in London. 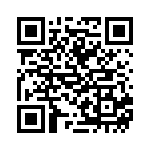