Livia Kohn is Associate Professor of Religion at Boston University. She has written many books including most recently The Taoist Experience: An Anthology, also published by SUNY Press, and Laughing at the Tao: Debates among Buddhists and Taoists in Medieval China.

Michael LaFargue is Lecturer in Religious Studies and Director of the East Asian Studies program at the University of Massachusetts, Boston. He is the author of The Tao of the Tao-te-ching and Tao and Method: A Reasoned Approach to the Tao-te-ching, both published by SUNY Press. 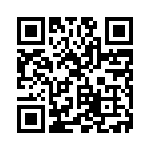