The first part of the book gives a good story of the great Locomotive chase and the eventual capture of the solders involved. What is even more revealing is the story of the men after the war and the disrespect of the Medal of honor for the first 40 years+. Read full review

This is a most compelling book, history that moves at the pace of a novel. Since I was a kid and saw a Walt Disney production of "The Great Locomotive Chase" (starring Fess Parker, no less!), I have ... Read full review

Russell S. Bonds is an attorney in Atlanta and author of War like the Thunderbolt: The Battle and Burning of Atlanta, available from Westholme Publishing. He is an honor graduate of Georgia Tech and the University of Georgia School of Law. 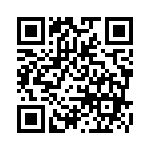