1 page matching "point of anguish" in this book

The statue within: an autobiography

In this sensitive and thoughtful autobiography, Jacob, who won the Nobel Prize in medicine, examines the factors that formed his personality. He recounts how family, friends, infatuations, school ... Read full review

Born in Nancy, France, Francois Jacob is a major figure in modern genetics. He shared the Nobel Prize with two other Frenchmen, Andre Lwoff and Jacques Monod, for explication of the "lac operon" (a gene regulation mechanism) in the bacterium E. Coli. The "lac operon" responds to information from outside the cell by activating (or inhibiting) certain genes that govern the production of enzymes involved in the metabolism of lactose and other sugars. This was the first gene regulation system to be fully understood, representing a major breakthrough in the field Jacob attended medical school in Paris. In 1940, when the Germans invaded France, he left medical school and joined the Free French Army. He fought the Germans in North Africa for four years and was injured during the Normandy invasion. After a long period of hospitalization, Jacob finished medical school. He did not recover sufficiently from his injuries to become a surgeon, so after graduation he accepted a job in an antibiotics laboratory. In 1950 he worked in Andre Lwoff's laboratory at the Pasteur Institute and began his research in genetics. In 1960 he became chairman of the Department of Cellular Genetics at the Pasteur Institute and in 1964 was appointed professor of the College de France. Since winning the Nobel Prize in 1965, Jacob continued his research and has written scientific and popular books. 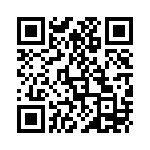