I LOVE Elmer. Elmer is unique among elephants. Elephants are grey and Elmer is patchwork. This story about appreciating our differences has a satisfying surprise ending. There are so many art ... Read full review

David McKee grew up in Devon, England. Later, while a student at Plymouth Art College, he began selling his cartoon drawings to newspapers. Since 1964 he has published a number of successful books for children, including the King Rollo stories, which he helped animate for British television. His first book for Lothrop was Snow Woman, of which Publishers Weekly said, "It is McKee's superb humor--conveyed almost solely in the illustrations...that wins the day." Of his second Lothrop book, Who's a Clever Baby, Publishers Weekly had this to say: "Grandma's alliterative frenzies are fascinating and readers will find Baby's manipulative stubbornness vastly amusing." 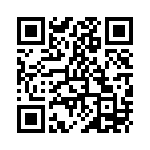