Some may claim it’s overwritten, but I didn’t mind. Bit of a rabbit out of the hat ending and once again, Robin takes the brunt of some violence. On the whole, story has many fewer gruesome elements than the first three. Thank god. Read full review

I really like this series. This installment was as good as the others. Very glad that Robin sorted out her personal life. Bought the next book and am starting it now. Read full review

Robert Galbraith is the pseudonym used by J. K. Rowling, who was born on July 31, 1965 in Yate, Gloucestershire, England. She is the author of the Harry Potter series. She also wrote the Fantastic Beasts and Where to Find Them, The Tales of Beedle the Bard, and The Casual Vacancy using her real name. She has won several awards over the years including British Book Awards for Outstanding Achievement, British Book of the Year for Harry Potter and the Half Blood Prince, and the Hugo Award for best novel for Harry Potter and the Goblet of Fire. Under the name Robert Galbraith, she has since written The Cuckoo's Calling, The Silkworm, and Career of Evil which are part of the Cormoran Strike series. 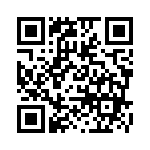