David Downing grew up in suburban London. He is the author of six books in the John Russell espionage series, set in WWII Berlin: Zoo Station, Silesian Station, Stettin Station, Potsdam Station, Lehrter Station, and Masaryk Station and the nonfiction work, Sealing Their Fate: The Twenty-Two Days That Decided World War II. He is also the author of the Jack McColl Series. The first book in the series is Jack of Spies published in May 2014 by Soho Crime an imprint of Soho Press. 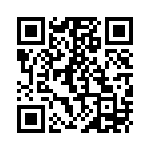