It's been a while since I've read a book by Spector. The last was TO BURY THE DEAD. It seems that since his partnership with John Skipp dissolved that neither of them are writing as fast. I know Skipp ... Read full review

Spector (To Bury the Dead, 2000, etc.) premises his latest horror novel on the moral dilemma of souls trapped in a Virginia mansion.Seven rebellious kids at Stillson High call themselves the ... Read full review

Craig Spector is a bestselling author and screenwriter, with millions of copies of his ten books in print, including reprints in seven languages. His previous work includes the psychological thriller To Bury the Dead and the modern vampire classic The Light at the End. Spector's film and television work includes projects for Beacon Pictures, ABC, NBC, Fox Television, Hearst Entertainment, Davis Entertainment Television, and the Wonderful World of Disney. His last feature film project, Repairman Jack, is an adaptation of the bestselling F. Paul Wilson novel The Tomb. Underground is Spector's eleventh book. He lives in Los Angeles, California. 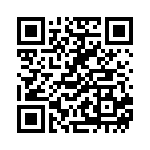