Very, very clearly an outstanding biography. Superb detail blended with the author’s informed opinions turn this into a pure gold mine for anyone interested in the man, the times, the Great Game ... Read full review

Patrick French is a writer and historian, born in England in 1966. He is the author of Younghusband: The Last Great Imperial Adventurer, which won the Somerset Maugham Award and the Royal Society of Literature W. H. Heinemann Prize, Liberty or Death: India's Journey to Independence and Division , which won the Sunday Times Young Writer of the Year Award, Tibet, Tibet: A Personal History of a Lost Land and, most recently, The World Is What It Is: The Authorized Biography of V.S. Naipaul, which was shortlisted for the Samuel Johnson Prize and won the National Book Critics Circle Award and the Hawthornden Prize. 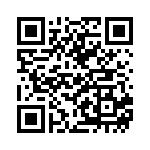