STEPHEN PELLETIÉRE is a Professor of National Security Affairs at the U.S. Army War College. He is a specialist in Middle East politics. As an intelligence officer from 1982, he has covered the Iran-Iraq War and the subsequent Gulf conflict. Prior to that, he was a Professor of Political Science and a foreign correspondent in the Middle East. He has written several books on the Middle East, including The Iran-Iraq War--Chaos in a Vacuum (Praeger, 1992). 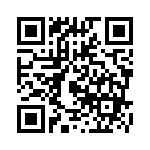