Ludwig Fahrmeir is Professor emeritus at the Department of Statistics at Ludwig-Maximilians-University Munich. From 1995 to 2006 he was speaker of the Collaborative Research Center 'Statistical Analysis of Discrete Data', supported financially by the German National Science Foundation. His main research interests are semiparametric regression, longitudinal data analysis and spatial statistics, with applications ranging from social science and risk management to public health and neuroscience.

Stefan Lang is Professor for Applied Statistics at University of Innsbruck, Austria. He received his PhD at Ludwig-Maximilians-University Munich. From 2005 to 2006 he has been Professor for Statistics at University of Leipzig. He is currently editor of Advances of Statistical Analysis and Associate Editor of Statistical Modelling. His main research interests include semiparametric and spatial regression, multilevel modelling and complex Bayesian models, with applications among others in environmetrics, marketing science, real estate and actuarial science.

Brian D. Marx is a full professor in the Department of Experimental Statisitics at Louisiana State University. His main research interests include P-spline smoothiing, ill-conditioned regression problems, and high-dimensional chemometric applications. He is currently serving as coordinating editor for the journal Statistical Modelling and is past chair of the Statistical Modelling Society. 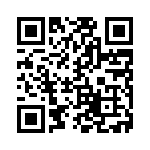