This Arizona Senator was a fixture in Washington D.C. for decades, and a presidential candidate. But, he did not seem a friendly presence on the scene at the time. His brand of conservatism was ... Read full review

When I first read it I was struck by how much of it I thought was nonsense; basically, as a religious liberal instead of a secular conservative, I was at odds with his ideas about conscience ... Read full review

Barry M. Goldwater (1909-1998) was a five-term U.S. senator from Arizona whose 1964 campaign for president is credited with reviving American conservatism. His books include With No Apologies and a memoir, Goldwater. CC Goldwater is the granddaughter of Barry Goldwater and the producer of the HBO documentary Mr. Conservative: Goldwater on Goldwater 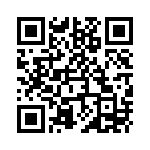