Frances Jane Crosby, known by her family and friends as Fanny, was born in a little cottage at Gayville in the community of Southeast, Putnam County, NY, on Mar. 24, 1820. At six weeks old she caught ... Read full review

Frances Jane Crosby, known by her family and friends as Fanny, was born
in a little cottage at Gayville in the community of Southeast, Putnam County, NY, on Mar. 24, 1820. At six weeks old she caught a cold, and when a country doctor mistakenly diagnosed her condition and prescribed a hot mustard poultice for her inflamed eyes, her eyes were scarred and she gradually lost her eyesight until she became blind at age five. However, at age eight, she produced her first poem. "Oh, what a happy child I am, Although I cannot see! I am resolved that in this world Contented I will be." After studying for several years at the New York State School for the Blind in New York City, she became one of nineteenth-century America’s best-loved poets and hymn writers prior to her death just short of her 95th birthday on Feb. 12, 1915. Some of her well-known songs include “Blessed Assurance,” “He Hideth My Soul,” “Redeemed,” “Safe in the Arms of Jesus,” “Hold Thou My Hand,” “Praise Him, Praise Him,” “Tell Me the Story of Jesus,” and “Close to Thee.”
As a result of my interest in hymns, I have read several biographies of Fanny Crosby, including Fanny Crosby: The Story of the Blind Saint Who Wrote Close to 9,000 Hymns by Bonnie C. Harvey in Bethany House’s Men and Women of Faith series, and Fanny Crosby: The Hymn Writer by Bernard Ruffin in Barbour’s Heroes of the Faith series. In truth, Fanny did NOT write close to 9,000 hymns. She did write over 8,000 poems, but only about 3,000 of those ever became hymns. The author of Fanny Crosby Still Lives, Darlene Neptune, is reputed to be one of the world’s leading authorities on the life and works of Fanny Crosby. Her research includes newspaper articles and other historical documents as well as visits to Fanny’s birthplace, school, home, and burial place. A gospel singer, she has developed a program “Fanny Crosby Drama” which she presents to audiences around the nation. The book is a fictionalized biography presented as if Darlene had gone back to 1914 and interviewed “Aunt Fanny,” so that most of the story is told as if Fanny herself were speaking. The last section chronicles the beginning of Darlene’s interest in Fanny and the development of her Drama.
The book, a copy of which was given to me by a friend, is said to be “The Most Complete History Ever Written.” Well, it does have some interesting tidbits of information that I have not seen elsewhere, but there is also a lot of material about Fanny’s work which I have seen in other biographies but did not find in this book. And there are some questionable claims, such as “the fact that she was a personal friend and spiritual advisor to every president who held office during her lifetime.” She certainly met several presidents, usually on formal occasions when she rendered a "poetical address," but only her acquaintance with Grover Cleveland approached close personal friendship. Also, while it is true that Fanny wrote under a number of pseudonyms, some of the aliases which Neptune assigns to her and some of the hymns which she is supposed to have written using them just don’t match up with other very reputable authorities. At the same time, the book does contain some very interesting reading and features a large collection of photographs. 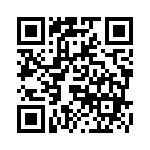