*SPITS* TRASH TRASh, this book is the definition of a pickle chin. THIS IS WHY WE DONT LET PIKLe cHiNSS ROaM The earTH anyymore, if i could use my nipples to kill the writer of dis book, i would, but my nipples have been digested by my dad.

Martin A. Gosch, a Hollywood film producer and director, is deceased.
Richard Hammer is a journalist and writer who has authored many books. He lives in New York City. 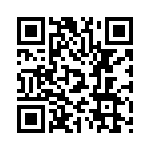