C. Michael Pilato (Mike) is a core Subversion developer, and a leader in the Subversion community. He is currently employed by CollabNet, where he spends his days (and many nights) improving Subversion and other tools with which it integrates. A husband and father, this North Carolina native also enjoys composing and performing music, freelance graphic design work, hiking, and spending quality time with his family. Mike has a degree in computer science and mathematics from the University of North Carolina at Charlotte.

Ben Collins-Sussman, one of the founding developers of the Subversion version control system, led Google's Project Hosting team and now manages the engineering team for the Google Affiliate Network. He cofounded Google's engineering office in Chicago and ported Subversion to Google's Bigtable platform. Ben coauthored Version Control with Subversion, and contributed chapters to Unix in a Nutshell and Linux in a Nutshell. 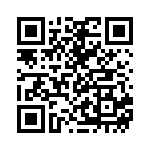