Ref Christchurch Personal Guiding Service p224.
I would like to correct details in the entry which is well out-of-date. The Christchurch Personal Guiding Service offers walking tours of historic and modern attractions in Central Christchurch. We guarantee small groups offering more personalisation and opportunities to chat and ask questions. Tours vary depending on interest. Guides are volunteers who love to show off their city. Tours start 1pm almost every day of the year from the red & black kiosk by the Museum on Rolleston Avenue.
Web page: walkchristchurch.nz
email: walkguideschristchurch@gmail.com
I note also that a listing on your Lonely Planet website confuses us with a private group offering free tours. They are NOT connected to Christchurch Personal Guiding Service. They have large numbers of mostly young travellers doing a basic walking tour with little opportunity to ask questions or have personal interaction. They rely completely on tips and donations.
Regards
Warwick Hill
Director CPGS

I have recently completed the Everest base camp trek and can say that the best advice I can give is get a guide.
The best guide I found was a gentleman called Sanjib Adhikari he is Independent trekking guide in Nepal. The link to their site is http://www.nepalguideinfo.com/ Email-sanjib-adhikari@hotmail.com
The main thing is he is a family man and very trust worthy I still keep in touch with him now
if you are doing this trek get a guide he will definitely get you through check points with no worries, give you all the history on the route, take pictures of you, tell you about all the other landmarks and mountains on the way, he’ll keep an eye on you for altitude sickness and have emergency contact for helicopter etc, and most of all know the best route for you.
Sanjib really is a great guy and I totally trusted him with myself and my belongings the whole trip,
Sanjb give the reasonable price but also the best service! I checked!
Trek safe
Sandra and Mark
chose Mr Sanjib for my Everest Base Camp trip because He is Independent trekking guide I was found him in internet he have many recommendations in Trip advisor and lonely planet, also I read some great reviews previously posted here on Independent trekking guide Mr. Sanjib coordinated the entire trip for me and he was very helpful with everything. He was really helped me to get some trekking gear from the start in Kathmandu, and was very helpful throughout the entire trek. I couldn't have made to EBC without him! It was also a small group, just me and my guide which was great since I can trek at my own pace. I had a fantastic time in the Himalayas and thanks to Sanjib that made it special and memorable. I am definitely using the same Guide again when I go back to Nepal for another trek and would highly recommend Sanjib to all my family and friends..
Hiking to Everest base camp is a once in a lifetime experience. I hiked with my cousin Madison in 2010, we had a suggestion from a friend who had did it with Sanjib Independent trekking guide, so we trusted this opinion. (We originally were going to just do it on our own to save money). It was more than anything we could ever believe, the trek itself was incredible and Sanjib with his knowledge and expertise made the adventure even better. Sanjib went out of his way to to teach us about every aspect of the trek and made it much more enjoyable than we could have imagined on our own. The price is unbeatable and unexplainable until you do the trek with Sanjib to experience how awesome he is. This guy knows everyone in the villages along the trek and is a very well respected man. I hope to come back some day with family to Nepal and will definitely meet up with Sanjib for tea and hopefully to trek again.
First class luxury treks, view Everest in the comforts of the best accommodation in the valley.,Mt. Everest Base Camp Luxury treks with Nepal guide info ,Everest luxury lodge 12 day trek - Khumbu valley,

When you're from New Zealand, most of the world's a long way away, so you'd better be prepared to jump on a plane on a regular basis. Brett Atkinson first jumped on a plane and flew from Auckland to Sydney when he was fifteen. A few well-travelled decades later, he's now been to more than 40 countries, discovered a whole world of street food, and learnt how to order a beer in a variety of languages. His career as a travel writer kicked off in 1995, when he scrawled a few articles extolling the virtues of Vietnamese street food. Editors in New Zealand and Australia liked his style, and for the next ten years Brett combined his scribbling with a 'real job' in advertising. Sandwiched in, around, and sometimes over his life in adland, Brett's had articles published on more than 20 different countries, and in more than 30 New Zealand and Australian magazines and newspapers. Fast forward to 2005, and he answered an ad from Lonely Planet in Wanderlust magazine looking for guidebook authors. A successful application later, and it was goodbye to the real job. During his work for Lonely Planet Brett's caught flying fish on the tiny Pacific nation of Niue, negotiated a Skoda around a snow-covered Czech Republic, and worked out how to get to off the beaten track Thai islands in the rainy season. He's also a big supporter of World Vision, and has travelled to Cambodia to write about their positive impact. When he's not on the road for Lonely Planet, Brett's based in Auckland, and writes regularly about sport, entertainment and travel for New Zealand magazines and online publications. Most weekends you'll find Brett and his wife Carol in an Auckland pub or restaurant, planning their next trip.Brett's Favourite Place: A toss-up between San Francisco and Istanbul.Travel Trip: For a relatively small sum in folding US$, you can always find someone to give you a lift, anywhere in the world. 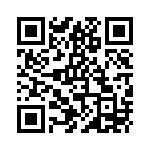