Susan Krauss Whitbourne, PhD, is Professor of Psychology at the University of Massachusetts at Amherst. Dr. Whitbourne obtained her PhD (1974) in Developmental Psychology form Columbia University and completed a postdoctoral training program in Clinical Psychology at the University of Massachusetts (1988). Currently Psychology Departmental Honors Coordinator at UMass, she is also Faculty Advisor to the UMass Chapter of Psi Chi, a position for which she was recognized as the eastern Regional Outstanding Advisor for the year 2001 and for which she received the National Advisor/Florence Denmark Award in 2002. Her teaching has been recognized with the College Outstanding Teacher Award in 1995 and the University Distinguished Teaching Award in 2001.

Over the past 25 years, Dr. Whitbourne has held a variety of elected and appointed positions in Division 20 of the American Psychology Association (APA), including President (1995-6). She is the Division 20 Representative to APA Council, and began a 3-year term as member of the APA Committee for the Structure and Function of Council in 2002. She is a Fellow of Divisions 20, 2 (teaching) and 12 (Clinical). Dr. Whitbourne is also a Fellow of the Gerontological Society of America, and is currently serving as Chair-Elect of the Students Award Committee.

Her writings include fourteen published books and two in preparation, and nearly 100 journal articles and chapters. She has been Consulting Editor for "Psychology and Aging "and serves on the Editorial Board of the "Journal of Gerontology". Her presentations at professional conferences number over 175, and include several invited addresses, among them the APA G. Stanley Hall Lecture in 1995, the EPA Psi Chi Distinguished Lecture in 2001, and the SEPA Invited Lecture in 2002. 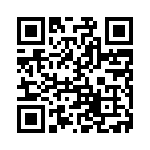