John A. Hawkins completed his Ph.D. at Cambridge University in 1975. He has held teaching and research positions at the University of Essex, the Max-Planck-Institute for Psycholinguistics, and the University of Southern California. His visiting appointments include UCLA, Berkeley, Potsdam, and the
Max-Planck-Institute for Evolutionary Anthropology. His books include A Performance Theory of Order and Constituency (Cambridge, 1994); A Comparative Typology of English and German: Unifying the Contrasts (Austin, 1986) Word Order Universals (New York,1983), Definiteness, and Indefiniteness: A Study
in Reference and Grammaticality Prediction (London, 1978). 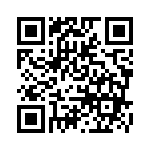