This is the second consecutive novel I have read based on the life of the famous slave who rebelled against the Roman Empire in the 70s BC, holding his own and defeating several armies sent against ... Read full review

A very good read about the common man fighting back. Well written and very descriptive of another time and place. He speaks of a system designed for the few at the expense of the many and he didn't pull any punches. No wonder the system did not want it published. Read full review

Howard Fast was born January 11, 1914. The grandson of Jewish immigrants from Ukraine, he was raised in a poor family, and his politics have always been an important part of his life and work. A fighter for anti-Fascist causes and a member of the Communist party, he was jailed for three months during the 1950s for refusing to testify about his political activity. Blacklisted as a result, he founded his own publishing house, Blue Heron Press, which released his novel Spartacus (1951), which was made into a popular film in 1960. Some of his works were written under the pseudonym E. V. Cunningham. Fast's first novel was published in 1933 during the Great Depression, and he has had a solidly successful career ever since. Considered to be one of the world's most widely read writers, his books have been translated into 82 languages. More than 10 of his novels have been made into films, and The Immigrants (1977) was made into a television miniseries in 1979. His novels are page-turners, in which characters struggle with personal, political, and religious questions in their lives. The female characters-a number of his books have female protagonists-are strong, intelligent, and capable people who must fight to maintain their families and their fortunes amidst the tumultuous events of the twentieth century. Howard Fast died on March 12, 2003. 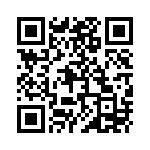