hi! its very very useful and good book.... indeed it has solved all my problems related to the research studies......
JOHN W. CRESWELL...... Thank you so much for such a great resource... stay blessed. 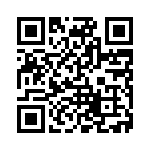