Talis Bachmann studied psychology at the University of Tartu, Estonia. He has Ph.D.-level degrees in psychology and in psychophysiology. He is a full-time professor at the University of Tartu and is internationally known for his research in perception, attention, and consciousness. Bachmann is also the author or editor of three internationally distributed titles and 10 Estonian-language books, the two-time recipient of the Estonian national prize for scientific studies, and the former Rector of the Tallinn University in Estonia. Bruno Breitmeyer is Professor of Psychology at the University of Houston. He studied mathematics at the University of Illinois and received his Ph.D. in psychology from Stanford University in 1972. Best known for his work on visual masking, he currently uses visual masking as a means of exploring the types and levels of both nonconscious and conscious visual processing. Haluk Ö?men obtained his Ph.D. in electrical engineering from Université Laval, Québec, Canada. He is currently professor and chair of the Department of Electrical & Computer Engineering and director of the Center for Neuro-Engineering and Cognitive Science at the University of Houston. His research combines experimental and theoretical approaches for the study of visual perception and cognitive dynamics. 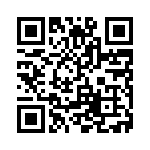