Lowell W. Beineke is Schrey Professor of Mathematics at Indiana University-Purdue University Fort Wayne, where he has been since receiving his PhD from the University of Michigan under the guidance of Frank Harary. His graph theory interests are broad and include topological graph theory, line graphs, tournaments, decompositions and vulnerability. With Robin Wilson he edited Selected Topics in Graph Theory (3 volumes), Applications of Graph Theory, Graph Connections, Topics in Algebraic Graph Theory and Topics in Topological Graph Theory. Until recently he was editor of the College Mathematics Journal. 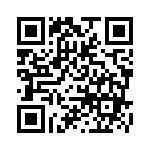