John David Rhodes is senior lecturer in literature and visual culture at the University of Sussex.

Elena Gorfinkel is assistant professor of art history and film studies at the University of Wisconsin–Milwaukee. 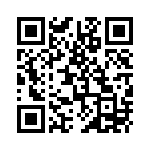