Bernard Bailyn was born in Hartford, Connecticut, in 1922, and did his undergraduate work at Williams College. He began his teaching career at Harvard University immediately after the university granted him a Ph.D. in 1953, and he remained there until he retired in 1991. During his tenure at Harvard, he was Winthrop Professor, Adams University Professor, and James Duncan Phillips Professor of Early American History. For years Bailyn was editor in chief of the Harvard Library and director of the Charles Warren Center for Studies in American History. An innovative and influential historian of early America, Bernard Bailyn has written quantitative studies of the colonial New England economy, probing examinations of the ideological origins of the American Revolution, and penetrating studies of the social and cultural foundations of American education. Bailyn is particularly adept at interweaving social, intellectual, economic, and political factors into coherent narrative history. A pioneer in adapting the new tools of social science to the writing of history, he is also a fine literary stylist. Bailyn has been Pitt Professor at Cambridge University and president of the American Historical Association. He holds membership in the American Academy of Arts and Sciences and in the British Academy. His writings have earned him the Bancroft Prize and the National Book Award. Bailyn received two Pulitzers-one in 1968 for The Ideological Origins of the American Revolution (1967), which challenges traditional interpretations of the causes of the American Revolution, and the other in 1987 for Voyagers to the West (1986), which explores reasons for migration to America just prior to the Revolution. His other work includes The Barbarous Years (2013) and Illuminating History: A Retrospective of Seven Decades (2020). Bernard Bailyn, author of over 20 books, died on August 7, 2020 at the age of 97. 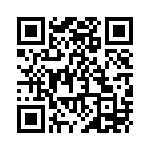