loved how this book has added more knowldge to me

John Horne is Professor of Modern European History at Trinity College, Dublin, and a member of the Research Centre at the Historial de la Grande Guerre, Péronne, France. He has published widely on the history of the Great War and of twentieth-century France, including Labour at War: France and Britain, 1914-1918 (ed., 1991), State, Society and Mobilization in Europe during the First World War (1997) and (with Alan Kramer), Germany Atrocities, 1914: A History of Denial (2001), which has appeared in French and German. 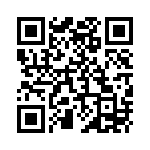