Sense and Sensibility is Jane Austin’s first published novel. It is an enjoyable novel of manners and romance concerning two sisters, Elinor and Marianne Dashwood. The sisters encounter many obstacles ... Read full review

I re-read this for a book club and I honestly grew to hate it more and more by the time it was over. I thought that there was an overly long exposition until I realized that there was no actual plot ... Read full review

Page 547 - Marianne Dashwood was born to an extraordinary fate. She was born to discover the falsehood of her own opinions, and to counteract, by her conduct, her most favourite maxims. She was born to overcome an affection formed so late in life as at seventeen, and with no sentiment superior to strong esteem and lively friendship, voluntarily to give her hand to another!
Appears in 101 books from 1833-2008
Page 134 - This has always been your doctrine, I am sure." "No, Marianne, never. My doctrine has never aimed at the subjection of the understanding. All I have ever attempted to influence has been the behaviour. You must not confound my meaning. I am guilty, I confess, of having often wished you to treat our acquaintance in general with greater attention; but when have I advised you to adopt their sentiments or conform to their judgment in serious matters?" "You have not been able then to bring your sister...
Appears in 48 books from 1833-2005
More
Page 533 - Dashwood should advance anything, and they were neither of them quite enough in love to think that three hundred and fifty pounds a year would supply them with the comforts of life. Edward was not entirely without hopes of some favourable change in his mother towards him; and on that he rested for the residue of their income. But Elinor had no such...
Appears in 59 books from 1833-2007
Page 335 - She was not a woman of many words; for, unlike people in general, she proportioned them to the number of her ideas : and of the few syllables that did escape her, not one fell to the share of Miss Dashwood, whom she eyed with the spirited determination of disliking her at all events.
Appears in 41 books from 1864-2007
Page 162 - His temper might perhaps be a little soured by finding, like many others of his sex, that through some unaccountable bias in favour of beauty, he was the husband of a very silly woman; but she knew that this kind of blunder was too common for any sensible man to be lastingly hurt by it.
Appears in 67 books from 1833-2008
Page 328 - I ever saw; and as likely to attract the men. There was something in her style of beauty, to please them particularly. I remember Fanny used to say that she would marry sooner and better than you did; not but what she is exceedingly fond of you, but so it happened to strike her. She will be mistaken, however. I question whether Marianne now, will marry a man worth more than five or six hundred a-year, at the utmost, and I am very much deceived if you do not do better.
Appears in 37 books from 1833-2007
Page 7 - ... understanding, and coolness of judgment, which qualified her, though only nineteen, to be the counsellor of her mother, and enabled her frequently to counteract, to the advantage of them all, that eagerness of mind in Mrs. Dashwood which must generally have led to imprudence. She had an excellent heart; — her disposition was affectionate, and her feelings were strong; but she knew how to govern them...
Appears in 57 books from 1833-2008
Page 10 - I dare say; ten to one but he was light-headed at the time. Had he been in his right senses, he could not have thought of such a thing as begging you to give away half your fortune from your own child.
Appears in 27 books from 1812-2007
Page 126 - with what transporting sensations have I formerly seen them fall! How have I delighted, as I walked, to see them driven in showers about me by the wind ! What feelings have they, the season, the air altogether inspired I Now there is no one to regard them. They are seen only as a nuisance, swept hastily off, and driven as much as possible from the sight.' ' It is not every one,' said Elinor, ' who has your passion for dead leaves.
Appears in 40 books from 1905-2007
Page 66 - is this fair? is this just? are my ideas so scanty? But I see what you mean. I have been too much at my ease, too happy, too frank. I have erred against every common-place notion of decorum; I have been open and sincere where I ought to have been reserved...
Appears in 39 books from 1864-2008
Less

Jane Austena (TM)s (1775-1817) works have enjoyed a renewed popularity in the last year with the film release of Pride and Prejudice and Sense and Sensibility - both critically acclaimed. Sir Walter Scott said, Jane Austen had a oethat exquisite touch which renders ordinary commonplace things and characters interesting.a 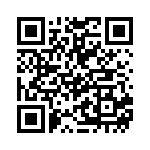