The Ninemile wolves: an essay

This essay by popular writer Bass ( Winter: Notes from Montana , LJ 2/15/91) examines the attempt to reintroduce an orphaned wolfpack to the Ninemile valley of northwest Montana. Conducted by the U.S ... Read full review

RICK BASS is the author of many acclaimed works of fiction and nonfiction. His first short story collection, The Watch, set in Texas, won the PEN/Nelson Algren Award, and his 2002 collection, The Hermit’s Story, was a Los Angeles Times Best Book of the Year. The Lives of Rocks was a finalist for the Story Prize and was chosen as a Best Book of the Year by the Rocky Mountain News. Bass’s stories have also been awarded the Pushcart Prize and the O. Henry Award and have been collected in The Best American Short Stories. 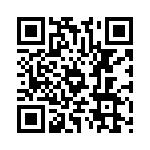