20 pages matching mountain in this book

Rudolfo Anaya, an educator and author, was born on October 30, 1937, in Pastura, New Mexico. He earned a B.A. in English in 1963, an M.A. in 1968 and a second M.A. in Guidance Counseling in 1972 from the University of New Mexico. During the 1960s, Anaya taught in the Albuquerque public schools. In 1974 he began to teach at the University of New Mexico and earned the title of professor emeritus in 1993. Anaya's first novel, Bless Me, Ultima began as a trilogy including Heart of Aztlan (1976), and Tortuga (1979). This loose trilogy based on his life experience as a Chicano child, formed Anaya's reputation. Anaya mixed old Spanish folk tales based on the oral tradition with a theme of loss, specifically the loss of religious belief. In 1993, he won the PEN West Center Fiction Award for his novel Albuquerque. 1995 Anaya received both the El Fuego Nuevo Award from the Mexican American Educators and the Excellence in Humanities Award from the New Mexico Endowment for the Humanities. Anaya has lectured extensively around the world. His works have been translated into many languages such as Italian, Russian and Japanese. With his wife Patricia, he founded the Aztlan Premio, a prize encouraging Chicano writers. Anaya resides in Albuquerque. In 2016, President Barack Obama awarded him the National Humanities Medal. He died at the age of 82 on June 28, 2020. 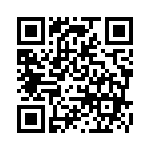