Peterson, editor of Jane Goodall's letters and other books on primates, such as Visions of Caliban: On Chimpanzees and People, here focuses on the recent surge in killing chimpanzees and gorillas for ... Read full review

Book Review: Eating Apes by Dale Peterson, Karl Ammann
Eating Apes is a disturbing and influential view into the realities of the African bushmeat trade and the impending extinction of mankind’s closest relatives. This book addresses several difficult ethical challenges we face today; from eating our genetic siblings to the irreversible destruction globalization has brought to indigenous civilizations.
This novel is framed as a chronicle of Karl Ammann’s journey into the depths of Africa’s jungles and societies. Much of this book demonstrates why the root cause of this crisis is global. European and Asian logging companies have destroyed crucial habitats, granted access to forests, and are a major facilitator in the trade of illegal meat. Ammann’s photograph of ape body parts being removed from a logging truck’s engine compartment is a chilling affirmation.
Peterson’s style of writing is eloquent and powerful, and his description of the brutal trade leaves very little to the imagination. His work is complemented and possibly understated by Ammann’s photography. The grisly images are a frightening reminder that such atrocity is truly occurring.
The most pressing ethical concern addressed in this book surrounds the slaughter and consumption of apes. Peterson asks, “Is it right, in the deepest moral sense, for one conscious being to eat another?” Considering that we share 96 to 99 percent of our genetic code with apes, is it appropriate to draw the line of cannibalism at our own species? This is a difficult choice to make, considering the ethical, biological, economic, and social interests at stake.
Eating Apes brings one of the most harrowing businesses under a microscope. It may not be suitable or bearable for many readers. However, its vivid depiction of the bushmeat trade is necessary in exposing the reality of the threat to the survival of ape species. This book has incited a growing public awareness of the consumption of apes as well as the need for more effective regulation. Peterson and Ammann have brought to attention an ugly issue in all of its complexity, and do so with both honesty and heated conviction.

Dale Peterson is the author of Storyville, USA (1999), Chimpanzee Travels: On and Off the Road in Africa (1995), and The Deluge and the Ark: A Journey into Primate Worlds (1989). He is the editor of Beyond Innocence: Jane Goodall's Later Life in Letters (2001) and Africa in My Blood: Jane Goodall's Early Life in Letters (2000). He is the coauthor of Demonic Males: Apes and the Origins of Human Violence (1996) and Visions of Caliban: On Chimpanzees and People (1993). Karl Ammann is an award-winning photographer who has photographed wildlife throughout Africa and Southeast Asia. 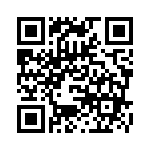