SAM H. SCHURR served as Deputy Director, Energy Study Center, Electric Power Research Institute while the research for this book was being performed. He is the author or editor of several books, including Energy in the American Economy and Energy in America's Future.

CALVIN C. BURWELL is a private consultant specializing in technical engineering in Clinton, Tennessee. He has written articles for Science.

WARREN D. DEVINE is a Senior Engineer in environmental technology assessment operation for a corporation in Oak Ridge, Tennessee. He has written articles for the Journal of Economic History and Energy.

SIDNEY SONENBLUM is a private economic consultant in Los Angeles. He is author of The Energy Connections and How Cities Provide Service. 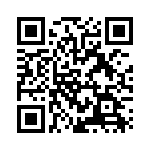