David J. Berri is associate professor of economics at Southern Utah University. He has written extensively on sports economics for academic journals, newspapers, and magazines, including The New York Times.

Martin B. Schmidt, professor of economics at the College of William and Mary, specializes in sports economics and macroeconomics. His writing has appeared in the field's leading academic and general interest journals, including The New York Times. 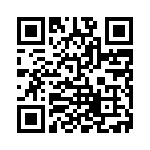