Bridget Howe is a graduate of Mt. Vernon Nazarene College with a BA in psychology. She is also a United States Army veteran with a background in military intelligence. Her military training included the Russian Language course at the Defense Language Institute, Monterey California; electronic warfare signals intelligence analysis; interrogation and psychological warfare. She also worked for 18 years as a case manager with adults and children with mental retardation and developmental disabilities. 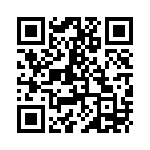