JOSEPH GIBSON has worked in the legislative, executive, and judicial branches of the federal government. He has lobbied members of Congress and their staffs, advocated on behalf of the executive branch, and argued cases in federal and state courts.

He grew up in Waycross, Georgia, and then attended Yale University, where he received a bachelor's degree in political science. After graduation, he spent a year working as a staffer on the Senate Judiciary Committee. He then went to Yale Law School, where he earned his JD degree.

After law school, he clerked for the Hon. R. Lanier Anderson, III, of the United States Court of Appeals for the Eleventh Circuit in Macon, Georgia. He then returned to Washington where he spent the next six and a half years as a litigator with private law firms.

In 2003, he returned to the House Judiciary Committee as its chief legislative counsel and parliamentarian under Chairman Jim Sensenbrenner of Wisconsin. After two years there, he became chief of staff to Representative Lamar Smith of Texas. After the 2006 election, he became chief minority counsel of the committee. He has now returned to the private sector where he lobbies on antitrust, intellectual property, and other business issues. Prior to establishing his own firm, The Gibson Group, he practiced with the law firm of Constantine Cannon LLC.

He and his wife, Heath, live in Washington and New York with their daughter. The views expressed in Persuading Congress are entirely his own and do not necessarily represent those of any other person or group. 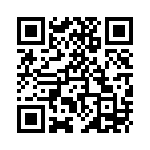