Sabine R. Huebner is Professor of Ancient History and Head of the Doctoral Program in Classical Civilizations at the Universität Basel, Switzerland. Her research focuses on social and religious history and the everyday life of common people in antiquity. She has published monographs including The Family in Roman Egypt (Cambridge, 2013) and is co-editor of Growing up Fatherless in Antiquity (Cambridge, 2009), The Encyclopedia of Ancient History (2012), Inheritance, Law and Religion in the Ancient and Medieval Worlds (2014), Mediterranean Families in Antiquity (2016) and The Single Life in the Roman and Later Roman Worlds (Cambridge, forthcoming). 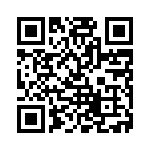