Ms. Auel wrote THE CLAN OF THE CAVE BEAR well over 25 years ago and to me the story has not lost its appeal. WHAT AN IMAGINATION! A real page turner. I purchased both the book which I have read over ... Read full review

I have read the first 4 books in this earth child series by Jean Auel. I loved them all. Jean Auel is so exact in her anthrapology [sp] it just fascinates me. Now I am getting the last book ... Read full review

Jean Auel is an international phenomenon. With the publication of the first novel in her Earth's Children® sequence, in 1980, she achieved unprecedented critical and commercial success and this has continued to the present. Her extensive research has also earned her the respect of many renowned scientists, archaeologists and anthropologists around the globe, culminating in her being made an Officer of the Order of Arts & Letters by the French Minister of Culture and Communication in 2008. 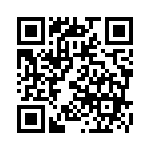