This book is useful as a reference but it is not a good book to help you learn Scilab. The examples are accurate and all seem to work, but very little explanation is given. For example, the example for using the scale widget from the Tk toolkit works just fine but you better have a Tcl/k and the stuff Tk book handy. I was new to Tcl/Tcl and the stuff looked like gibbrish to me until I purchased a book and learned a little Tk. The index is relatively poor and even the pure scilab portions of the book include little explanation. Still it is a useful book, but better plan on a couple of hours to read a couple of pages :-).

Stephen L. Campbell is a professor of mathematics and a director of graduate programs at North Carolina State University, having published extensively on numerical methods and control. Jean-Philippe Chancelier is affiliated with CERMICS Ecole Nationale des Ponts et ChaussĂ©es and is one of the original developers of Scilab. Ramine Nikoukhah is a director of research at INRIA (The French National Institute for Research in Computer Science and Control), senior member of IEEE, one of the original developers of Scilab, and is the creator of Scicos. 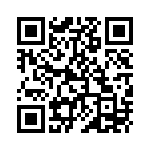