Hugh P. McGrath (1914-1995) took degrees in French language and literature at the University of Liverpool and the Sorbonne, and served in British Army counterintelligence in the Second World War. From 1947 until near the end of his life he taught at St. John's College in Annapolis, Maryland. He wrote on literary, philosophical, and educational subjects, and was known for his public readings of poetry in English and French.
Michael Comenetz studied mathematics, physics, and literature at Johns Hopkins University, and received a PhD in mathematics from Brandeis University. Since 1975 he has been at St. John's College, where he has taught literature in French and other languages, and has held the National Endowment for the Humanities chair. He has published articles in mathematics and on literature, and is the author of Calculus: The Elements (2002). 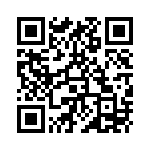