A fun little collection of linked stories, dealing with a young man who comes into money. As he's also both rather self-centred and quite weak, he ends up entangled with various young women and their ... Read full review

Early, early Wodehouse. This book is a collection of six short stories, each originally published individually in a magazine, about the titular character named Roland Bleke. The young man who entered ... Read full review

P. G. Wodehouse was born in 1881. His father was a magistrate in Hong Kong and his mother was staying with a sister in Guildford when he was born. The infant Wodehouse returned with her to Hong Kong, but was shipped back to England with his older brothers two years later to be brought up by a nanny. Wodehouse went to school at Dulwich College, where he did well at cricket. At first he worked hard at his studies, but when he discovered that there would not be enough money to send him to university, his attention drifted. After leaving school, he worked briefly at the Hong Kong and Shanghai Bank in London. He had begun writing at the age of seven and so began contributing to numerous papers and magazines. Wodehouse had published his first book by 1902. He made his first trip to America in 1904 and by 1909 was coming regularly. By the 1920s he was earning $100,000 a year from his books and his work in the theater. In 1929, he went to Hollywood, where he was paid $2000 a week to be a rewrite man. In 1934, partly to escape tax authorities, Wodehouse and his wife bought a villa in Le Touquet on the coast of France. In 1939, Oxford gave him an honorary degree, the same year World War II began. The Wodehouses were still there the next year, when the Germans rolled through, appropriating the villa, confiscating property, and arresting Wodehouse. Wodehouse was in various German camps for about a year; he was released in 1941 just shy of his sixtieth birthday and was allowed to go to Berlin. It was there that he recorded five radio talks to be broadcast to America and England. The talks themselves were completely innocuous, but the response back home was betrayed. No one ever forgot the radio talks, even though Wodehouse was cleared of any propoganda. After the war, Wodehouse settled permanently in America, first in New York City, then in Remsenburg, Long Island. He was awarded a knighthood in 1975, two months before he died Wodehouse is widely regarded as one of the greatest humorists of the 20th century, and and wrote nearly 100 novels and collections of short stories, as well as plays, musicals and song lyrics. He died on February 14, 1975 at 93 years of age. 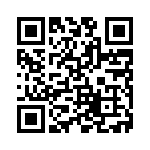