Bassam Tibi is Professor of International Relations at the University of Goettingen and A.D. White Professor-at-Large at Cornell University 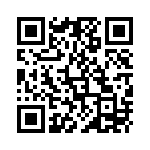