Mel. My mom is having a celebration of life on jan 28 2022. A little short notice. She loved you. Please come if you can. I took care of her many years now. The last movie she saw at a theatre was braveheart. I know! I took her like 3 times. ContCt me. We are in wisconsin

John B. Henderson is Professor, Department of History, Louisiana State University. He has previously published The Development and Decline of Chinese Cosmology and Scripture, Canon, and Commentary: A Comparison of Confucian and Western Exegesis. 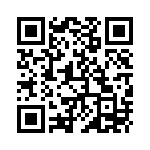