PRAKASH GORROOCHURN, PhD, is Assistant Professor in the Department of Biostatistics at Columbia University, where he is also a statistical consultant in the School of Social Work. Dr. Gorroochurn has published extensively in his areas of research interest, which include mathematical population genetics and genetic epidemiology. 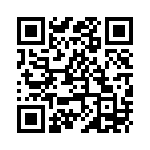