Alan Cutler has a Ph.D. in geology and is a writer affiliated with the Smithsonian Institution. Dr. Cutler was a contributing editor to the book Forces of Change: A New View of Nature, a joint publication of the Smithsonian and the National Geographic Society; contributors included Stephen Jay Gould, John McPhee, and David Quammen. Dr. Cutler's writing has also appeared in The Washington Post and The Sciences, among other publications. 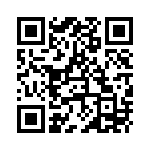