Page 37 - ... our manifest destiny to overspread the continent allotted by Providence for the free development of our yearly multiplying millions.
Appears in 391 books from 1846-2008
Page 28 - P from the edge of the prairie and over the range rode three. Their buckskin was black with blood and shiny from much wiping of greasy knives and nearly all the fringes had been cut off their pants for thongs. Hair hung thick and dirty to their shoulders. Traps rattled in rucksacks behind their Spanish saddles and across the pommel each carried a long Hawkins rifle of shining brassbound steel and battered wooden stock.
Appears in 8 books from 1927-2008
More
Page 27 - ... and concealed themselves in the woods. The Minnetarees, however, pursued and attacked them, killed four men, as many women, and a number of boys; and made prisoners of four other boys, and all the females, of whom Sacajawea was one: she does not, however, show any distress at these recollections, nor any joy at the prospect of being restored to her country; for she seems to possess the folly or the philosophy of not suffering her feelings to extend beyond the anxiety of having plenty to eat and...
Appears in 30 books from 1814-2008
Less 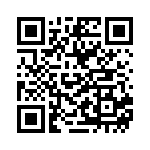